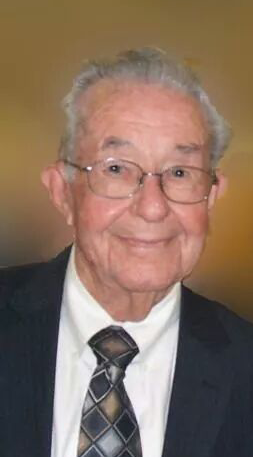 In Loving Memory of J.H. Larimer

J.H. Larimer was raised in north Alabama and came to Woodbury in 1940 by way of Billy Womack. Here he met Iris Womack, they married and had one son, Joe. Hal & Iris owned and operated Hal’s grocery for 5 years. When Hal bought interest into the funeral home he became a licensed funeral director and embalmer. Hal’s son, Joe, worked with his dad and also became a licensed funeral director and embalmer. Hal is married to former Lois Witty Gilley. Hal has two grandchildren, Tracie & Missie and 3 great-grandchildren. Hal has always felt that the people of Cannon Co. are the best people around and have always been like his family. He has always been appreciated of everyone in Cannon Co. being so kind and generous to him.

Kenny Gilley started his career in funeral service as a high school freshman. After graduation he continued working at the funeral home and sold insurance from 1973-1976. He decided to attend college at John A. Gupton School of Mortuary in 1978. He graduated with his degree in funeral service and embalming in 1980. Kenny purchased Woodbury Funeral Home in 1986. He is a member of the Tennessee Funeral Directors Assoc., where he served on the board of directors for 3 years, National Funeral Directors Assoc., National Selected Morticians & Woodbury Lions Club. He and his wife, Debbie (Foster) are members of the Woodbury Church of Christ and have 4 children: Korie, John, Rebecca & Katie.

Korie Gilley following in her father’s footsteps also began her career in funeral service as a high school freshman. Korie has 3 children, Hunter, Luke and Delaney. Korie is a member of Woodbury Church of Christ, is an active volunteer of the American Cancer Society and JDRF.

Gina was born and raised in Woodbury.  She started working at Woodbury Funeral Home as secretary in June 2018.  Gina is married to Brad Beaty and they have two daughters, Victoria and Emily.  They are members of the Woodbury Church of Christ.